Life in a Northern Town

Towns are helped – not hindered – by links to nearby cities, according to our new report.

Levelling up northern towns must focus on helping local people access well-paid, skilled jobs in order to drive up wages and productivity, primarily through devolution to Metro Mayors to invest in transport infrastructure, education and skills, as well as innovation backed by government.

Since the 2019 General Election, there has been significant political discussion on ways to improve the fortunes of so-called ‘left-behind’ towns such as Workington. Much of it has focused on short-term, superficial changes that address problems of these towns in isolation – rather than in the context of their wider city region.

This report looked in detail at the economies of Bury in Greater Manchester, Goole on the Humber and Blyth in the North East, three places each with its own unique economic strengths and challenges.

Transport connectivity, such as the Metrolink tram in Bury or Goole’s advantageous position on the M62 corridor, was found to have played a vital role in connecting people to job opportunities, while helping businesses to tap into a wider talent pool.

The average weekly wage of somebody working full time in Bury was £532 in 2020, above the £491 earned by workers in nearby Rochdale but significantly below the £600 per week earned by those working in Manchester.

However, the picture changes when looking at those who live rather than work in these places. Full time workers that live in Bury earn an average of £591 per week compared with £509 for residents of Rochdale and £538 for residents of central Manchester, indicating that many of Bury’s residents are commuting out of the town, in many cases into central Manchester, to the higher productivity and higher paid jobs.

Improving education and skills levels was also found to be critical to unlocking opportunities for local people, both in their hometown and in the wider city region.

The green energy revolution represents a huge economic opportunity for Blyth – but this depends on local people acquiring the necessary skills to take jobs in sectors such as off-shore wind, alongside greater investment in R&D and a better rail connection to Newcastle.

Jessica Bowles, Head of Strategy at Bruntwood, said: “Levelling Up means just as much of a focus on our left behind towns as it does our city centres. It will only be through harnessing their combined strengths that we can reduce regional inequalities.

“There is an almost limitless potential in our towns waiting to be unlocked through the power of this agglomeration. It will mean pooling town’s existing strengths with each other, building on them, and then better linking them with neighbouring cities.

“The communities within our towns have a bigger role to play in their futures too. Peoples’ pride and desire to see their towns thrive is a powerful tool that can be leveraged by strong local leadership.

“This report provides a vitally needed blueprint towards realising this vision. This is an important piece of work in the wider context of Levelling Up, and it shows that the North knows what’s needed to solve its challenges. We now just need Whitehall to listen.” 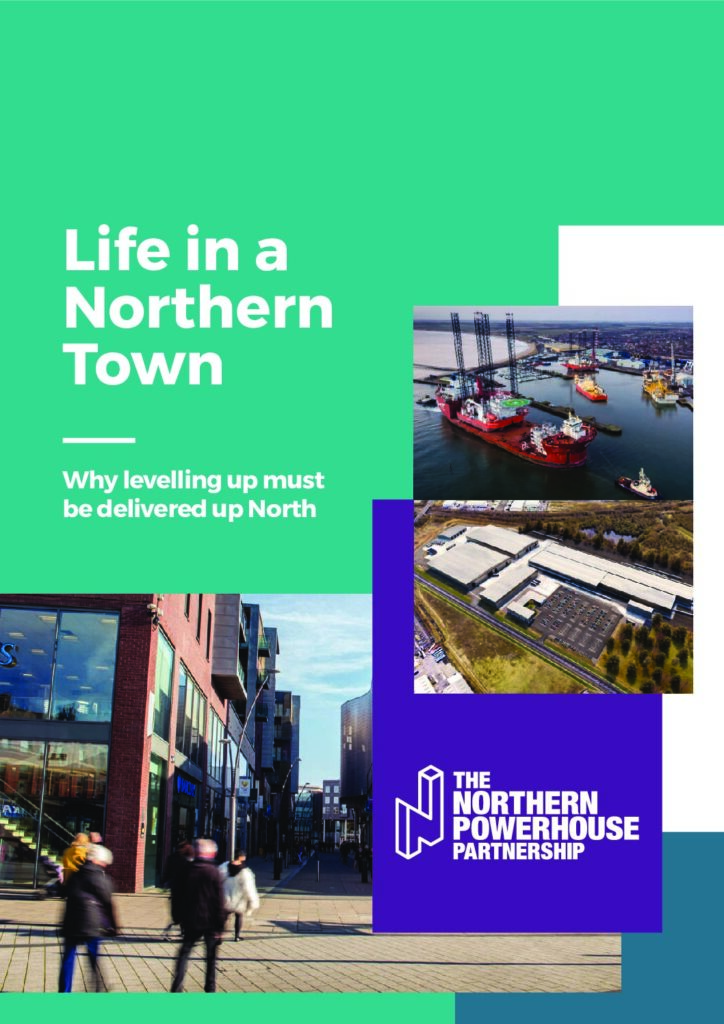